Heard of Bangkok? How about Phuket? Ever tasted Thai food? Well, now let me introduce you to the history, culture and social etiquette of Thailand, that you should be aware of.

However, the nearby Khmer empire kept influencing the Thai nation. Cambodia was known as Khmer back then.

Sukhothai, a predominantly Thai language speaking nation continued to stretch it’s borders across much of the land now known as Thailand.

It was overtaken by another major Thai kingdom called Ayutthaya, which was located around the southern province.

While the expensive strategies led to the empire expanding beyond borders taking control of the nearby rprovinces and becoming a major power eventually.

It expanded enough to soon be known as one of the most powerful nation in southeast Asia.

Ayutthya and Sukhothai were bonded in intimate association by King Ramesuan in 1448.
Popularly known as the greatest King of Ayutthya among the local denizens, occurred between 1590 to 1605.

He is famously known for ending Burmese dictatorship as well as dominating few sections of southern Burma and Cambodia for some time.

A tragic end to the Kingdom of Ayutthya occurs with the invasion of Burmese military forces into the capital..

During 1768 to 1772, Thonburi Kingdom rises again under the lead of ‘Taskin the Great’.

It turns out to be a short reign, as General Chao Phraya Chakri and his batallion of rebels overthrow the crown.

One of the most important event in the history of Thailand occurred in 1782, as the Chakri dominion is founded by King Rama I.

The important fact being, the Chakri dynasty rules to this day. At that time the nation was named Siam and Bangkok was established as the capital of the country.

He was the monarch that was responsible for the modernisation of the Thai nation.

Railway Network advancement happen ed during the rule of King Chulalongkorn (1868-1910). He took further steps to modernise the nation by employing western advisers.

During World War I, Siam sided with Great Britain as an ally in 1917.

Parliamentary government as well as Constitutional monarchy were introduced in Siam after the bloodless rebellion against the dictatorship of King Prajadhipok in 1932.

“Thailand” replaced the name “Siam” of the Thai nation officially in 1939. The term Thailand also means “land of the free”.

The beginning of WWII saw a reversal of foreign policy of Thailand during 1941.

The nation underwent secretive negotiations with Japanese forces and allowed it the use of it’s land to invade Singapore, Burma and British ruled Malay Peninsula region.

While Thailand government announced war against US as well as Britain, the representative ambassador of the nation in Washington, refused to declare so to US.

End of the world war brought about an unstable period of time for the nation.

The newly returned exiled king perishes suddenly in a shooting. An upheaval led by Phibun Songkhram, one of the major pro-Japanese military chief, occurs.

For however brief a period of time, civilians did rule the nation for a while.

In 1973, uprisings around the country led by student leaders took place, leading to overturning of the military leadership. However, the government hence created faces a major problem of stable foundation.

Too soon the military takes charge once more in 1976. 1991 comes with another coup, leading to Anand Panyarachun, a civilian, becoming the prime minister of the country for a brief period.

The era of financial & humanitarian crisis:

This period is known as the “Asian financial crisis”.
The newly appointed PM, Chuan Leekpai, sets a new precedent by involving the opposition party to try and overcome the financial crisis.

In 2004, around 100 people die in a sequence of suspicious assaults, in the region dominated by Muslim population leading to unrest among the locals.

A huge wave of tsunami kills thousands of residents of the south west coast and Phuket resorts area.

A Martial coup happens again. After a series of unstable government leaderships, the Military takes over the national command in 2014.
A new law is legislated, approved by the voters, which provides the army with a continuous influence over the governance of the nation.
In 2016, the longest-ruling monarch in the entire world, who ruled for over 70 years, Bhumibol Adulyadej, passes away aged 88. This leads to the crown prince Vajiralongkorn becoming the new king.
New construction is formulated, signed by King Vajiralongkorn, which makes way for democracy to be reinstated in Thailand.

Buddhism is the main religion that is practised by more than 90% of the Thailand population.

Some of the minority, barely around 5% practice Islam as their religion, while only 1.2% Christians can be found in the Thai population.

The rest of the percentage accounts for Basically other religions, as well as the population who are non-religious in the nation.
Let me take you on a short tour to the Primary Festivities of Thai People.

There are around 16 public Holidays in each calendar year of Thailand.

While a few of the festivities may remain the same, even leading to two festivals happening on the same day.

Others are more based on lunar calendar which leads to the dates changing sometimes.
Some of the primary celebrations enjoyed by Thai people are

While this may come into your mind that everyone celebrates New Years what is so special about Thailand citizens celebrating it too?

The fact is the New Years celebrated in Thailand starts with prayers and gifts offered at their nearby Buddhist temples.

One of the major buddhist celebrations magha puga or magha puja, is popular among all the Buddhist communities around the globe.

This occasion is celebrated recalling the notable event of Buddha’s teaching to the first thousand disciples, who became known as the “enlightened ones”.

While Buddhists usually strive to do good while avoiding sin and keeping their mind pure, this day they are more particular about it.

One of the most important holiday for Thai people, it is enjoyed throughout the nation with great enthusiasm.

From family events to foods and drinks even religious ceremonies are part of this holiday.
There are parades too! Also do you love water fights?

The event is not just about rituals and ceremonies but kids and adults alike show great enthusiasm in playing around and attacking each other with water for the period of three-day festivity.

Its if you are lucky enough to travel to Thailand during this grand celebration, then I would advise you to try to be enjoy this holiday.

It will definitely be a fun time spent as this is one of the best things to do in Thailand.

One of the most famed Buddhist celebration. Sometimes even referred as the holiest Buddhist ceremony, Vishakha Puja is about the concept of enlightenment and nirvana.

Buddhist population across Thailand (which means almost all of the population) attend ceremonies held in Buddhist temples.

This holiday is a special one, mainly for patriotic reasons. King Chulalongkorn is revered across the nation for his crucial role in keeping the British colonialization attempts at bay, while standing at the frontier of modernization of Thailand at the same time.

He passed away on October 23rd in 1910, and this holiday is celebrated in his honour.
Constitution Day: (Dec 10th )

In 1932, the absolute monarchy in the nation ended while giving way to Thai Constitutional Monarchy. This day is celebrated as an appreciation to the monarchy for the right to sovereign ruling granted to the citizens.

Thai food culture is one of the most famed among the globe. Whether or not you’ve had any as of yet, you must have heard praises of it from some of your friends.

You can’t expect a Thai recipe without it being paired with rice.
Some of the popular Thai food are; Pad Thai, Thai Green Curry and Tom Yum Soup.

Thailand Etiquettes: How to Wai

How to greet Thai people when you meet. The first thing to know is traditional greeting custom in Thailand.

“Wai” is greeting offered by someone of lesser status to those of higher status in Thailand. It also helps you appear humble. So you really should try doing that.

Raise both your hands, join the palms with fingertips towards the sky, like the Indian “Namaste” gesture, the hands should be in light contact with the area around the forehead to chest.

The height of the hands and the level to which you bow your head during the greeting demonstrates the level of respect you hold for the other and this can be quite crucial basic to know about the “wai” greeting.

You don’t actually have to get up to perform this greeting, you could be sitting or walking even while doing so.

How to communicate with Thai people?

While in a new country, it is imperative for you to be able to communicate well with locals, no matter the language barrier.

While the language barrier can be crossed by the way of a simple google translate, the way of talking, the gestures, the manners, your etiquette can still be cause of offense towards locals if not done right.

These are the things that you should know to understand the customs and communicate better with Thai people:

It’s not uncommon for close friends to show physical affection by holding hands even among same sex, it does not indicate their sexual orientation, it’s just their comfort level.

Be very careful to not be the cause of some local losing ‘face’. While the nation may be referred to as “the land of smiles”, it’s also known for it’s Muay Thai, so.. Yeah, be careful.

While this may seem like a common sense thing, some tourist may be from a nation that has not much definition or problem with personal space. Well, here you need to maintain some distance with strangers.

People like their personal space, don’t act too friendly with strangers and act in a balanced way while maintaining some distance.

What not to do in Thailand?

•Don’t act aggressively, even overly loudly speaking and gesturing too much can be seen as something offensive.

•There are family alters in Thai homes. If you are lucky enough to be invited to stay in a Thai household, avoid sleeping with your feet in the direction of the family alter.

•Yellow flowers and Black gifts are not something you should offer anyone in Thailand.

•Touching someone’s scalp is considered rude in Thailand. It is thought that the head is the holiest part of human body and it needs to be respected.

No matter the reason though, you shouldn’t be touching others people’s heads without permission anywhere in the world anyways.

•This is the most important one, so note it down. Do. Not. Disrespect. The. Royal. Family.

Alright folks, so now that you’ve learned of the history and customs and culture of Thailand, let’s end this blog with a list of best things to do in Thailand.

Enjoy a holiday in Similan Islands of Phang Nga Province

Shop in the Floating Markets near Bangkok

See the views from Doi Suthep in Chiang Mai

Have fun at the Railay Beach in Krabi Province

I’ll come again with some exiting new thing for you travel enthusiasts to sate your travel thirst. Until then, have fun.
Happy Travels!

*If you liked the blog, check out more on Thailand travel guide-

One thought on “Thailand: History, Culture, and Social Etiquette” 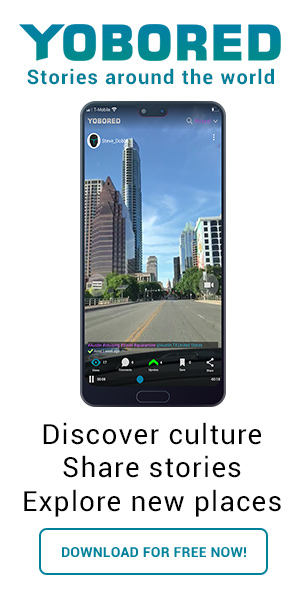