Right now famous for its election stories though, West Bengal’s history of cultural and intellectual regime dates back to good old times immemorial. Being it getting back to the Stone Age whose evidences have been found to being highly recognized for being a “Rich Land with freedom fighters and intellectuals”, Bengal has seen it all over all this years.

Being the fourth most populous state in the city , situated along the Bay of Bengal- West Bengal forms a major part of the Eastern part of India.With Bhutan,Bangladesh and Nepal as its borders; Bengal definitely makes up for an interesting tourist destination. Kolkata,being its capital, is already a metropolitan city whose history of being a presidency city goes to the olden times.The Rarh Region,The Deltas of Ganga,Darjeeling are its trademark beauty.

Bengal has gifted the country with legendary reformers.Raja Ram Mohan Roy has voiced aganist Sati . Ishwar Chandra and Swami Vivekananda made untoucability and caste-based discrimination under control. The state has also been home to several teachers.There are well-established government and private agencies also working hand in hand. Mother Teresa founded the Missionaries of Charity in the year 1948 and the Ramkrishnna Mission was founded in 1897.

In the Picture: Howrah Bridge, Kolkata

History of the Place(Early Period)

History of the Place(Modern Period)

In the Picture : Kolkata as the First Capital of British India

After India’s independence in 1947, Bengal was partitioned. What we know today as West Bengal is basically the  The western province that got partitoned as an Indian state . Cooch Behar which was once a princely state merged with West Bengal in 1950.Few parts of Bihar were also  merged with West Bengal. The eastern province became East Pakistan in 1956, that later came to be known as Bangladesh in 1971, as complete independent country. This was also the time when the refugee issues came up like blazing fire and even till today continues to effect a lot of inter-country relationships. 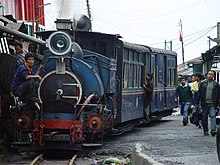 Culture of The State

https://www.youngisthan.in/lifestyle/bengali-culture-treasure/72130Bengal has been very much of a culturally-loved place. Its cultural and literary advances have surpassed all the states in the country since a very long time. Being it music,dance,folk literature- the origin can be found as early as the  10th and 11th centuries; Mangal Kavya, Dakshinaranjan Mitra,ShreeKrishna Kirtan are few of the famous names for their masterpeice of work in literature and verses.In the 19th and 20th centuries, Bengali literature was modernised in the by writer like Bankim Chandra in the 19th and 20th century. Blank verse was introduced by a drama pioneer -Madhusudan Dutt.

How can we miss the very own Nobel Prize recipient – Rabindranath Tagore who won everyone’s heart with his works in music and literature.Even the National Anthem of our country is bestowed by him . Contemporary social practices in Bengal were brought to light by works of Sarat Chandra Chattopadhay.One of the leading names of Modern Bengali fiction’s notable character is Manik Bandyopadhyay.

A sect of mystic ministrels, “baul” has been quiet famous here.is quiet famous here. Gombhira and Bhawaiya are other music forms here that has traditionally been there for quiet sometimes now. A genre of devotional songs, praising the Hindu goddess is the Shayama Songs.  In dedication to God Krishna is the Kirtan practised here.The heritage of North Indian Classical Music exists till today .Rabindranath Tagore and Nazur are quiet prominent names behind Rabindra sangeet  . New genre of music also started emerging from the 1990’s. One famous masked dance from this region is the Chhau Dance. Ektara, is a famous instrument used here during singing folk music. The tribal dance traditions has also left quiet some ipact on the evolved dance forms here . 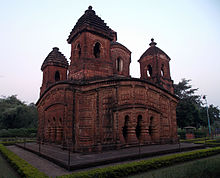 One of the older examples of the terracotta arts of India is the “Panchchura Temple in Bishnupur”. One very prominent example is also the Kalighat Paintings. At the same time , Bengal has been part of the Modern fine arts also. The Bengal School of Art was started by Abanindranath Tagore(also called the Father of Modern Art).  Important groups such as the Society of Contemporary Artists and Calcutta Groups were formed in Bengal after Independence that did take forward the art of the state.

Education
Festivals
The most famous festival celebrated here is Durga Puja which is the love of the Bengali soil. You can see women getting dressed up in White and red saree and roaming the streets merrily in the month of October . A very famous tradition during this time is the “Sindoor Khela”. Mahalaya is also one very famous thing celebrated at the advent of this festival. Other festivals like Chhat Puja,Poela Boisakh is also widely celebrated in the State.
If you want to experience a blend of cultural heritage and a spectrum of mesmerising festivals, then surely “West Bengal” is the destination.

One thought on “West Bengal: History and Culture”